We communicate to our clients that we want to assist in rehabilitating behavior not to penalize them for choosing to get help. We want our services to be within reach, personable and compassionate.

Our mission at Kirby Rehabilitation is to deliver quality mental health and substance abuse services to support individuals and families to achieve healthier and more productive lives. Also, to preserve families exposed to Domestic Violence and Substance abuse.

Kirby Rehabilitation’s approach to behavioral health is client focused; we listen and then meet you where you are at.

From the first point of contact to discharge, referral and follow-up we work with you to develop a personalized plan that addresses your needs.

We designed our behavioral health programs with the goal in mind to preserve our most precious commodities, our families. We want our vision to be expressed as a rehabilitation program that supports and empowers individuals exposed to domestic violence and substance abuse.

The Kirby Rehabilitation philosophy is to utilize our expert team of individuals in order to assist in the healing process of our clients. We address our client’s needs with professionalism, empathy and compassion. We take great pride in providing a healing environment for our clients, so they can safely begin the recovery process. By developing a structured environment and implementing a team based staffing approach; our clients feel safe and focus solely on their healing and recovery. 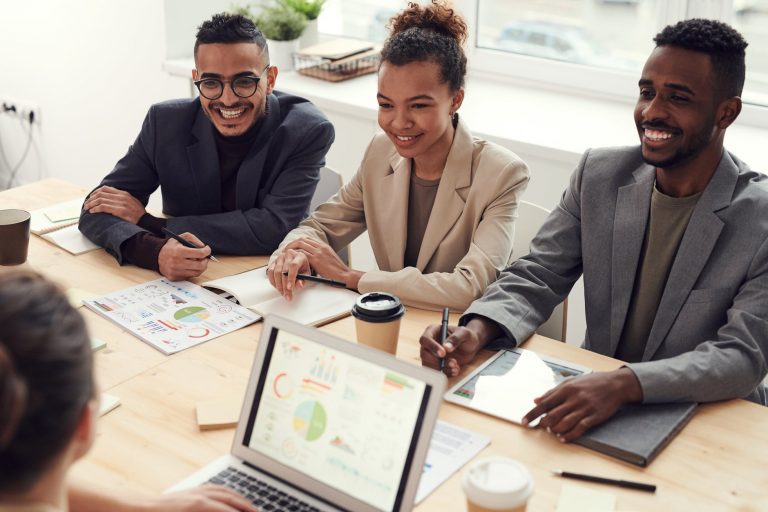 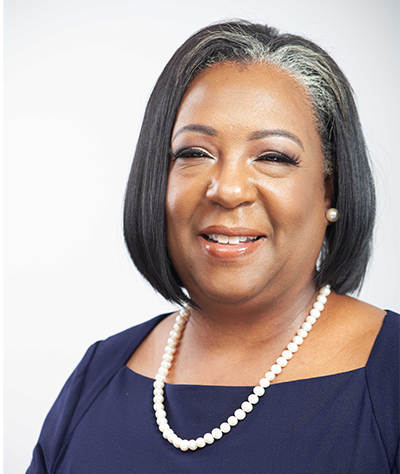 Lea’s career reflects her commitment to advocating for critical changes in the lives of children and families and in human service systems. Lea experienced multiple levels of management prior to her current position as CEO of Kirby Rehabilitation. In the course of her career, Lea has worked directly with youth and adults in individual and group settings using a variety of non-traditional and traditional treatment approaches. She has utilized her experience and educational background in the design and implementation of a number of programmatic variations tailored specifically to the needs of highly underserved populations. Whether working with court systems or community based programs, Lea works tirelessly to address the client’s needs related to substance abuse prevention, intervention and education and improving the lives of youth and families in the communities in which they live.

Her leadership career began as the executive director of SARF NFP from 1998 to 2013.  In 2014, SARF would change its name to Kirby Rehabilitation  Lea has worked her way through all levels of care with experience in compliance, intake, marketing,  program operations, finance and human resources. Lea has successfully restructured and sustained Kirby Rehabilitation and has continued to maintain and enhance its development and growth of the agency. Through guidance and leadership, Lea continues to be instrumental in designing innovative programs and services that include; The Partner Abuse Intervention Program (PAIP); Anger Management; the Child Abuse and Domestic Violence Prevention Parent Education Program; Parent Coaching and individual counseling to decrease violence in at-risk communities in the City of Chicago and surrounding suburb. Lea has a passion and a drive to help the recovery population succeed in their healing goals. She understands that the recovery journey is a hard one, but it is worth the effort.

In addition, Lea has been the force behind creating performing arts programs for the youth summer camp. Lea gained special recognition for writing a stage play regarding domestic violence which was performed at the historic Regal Theatre entitled “Relationships.”  She has also written, produced and appeared on a monthly CAN TV show educating the community on domestic violence.

In her role as Chief Executive Officer, Lea Kirby-Hill continues to open the door for growth and opportunities for her community, for the City of Chicago and Cook County.  Most recently, Kirby Rehabilitation under the leadership of Lea implemented the Restorative Justice program to empower at-risk youth and their families.

In her role as the CEO, Lea maintains a strong connection to the community.  She has  established effective working relationships with community groups and organizations such as  Local Area Network (LAN/DCFS),Cook County, the Attorney General’s Office, Federal Qualified Health Centers, and Roseland Hospital.

Lea Kirby-Hill graduated from Columbia College and holds a Bachelors of Arts in Advertising and a Masters of Art in Social Work from Loyola University.

Operating under his philosophy that “True Leadership is Servitude”, Sam has developed, managed organizations, and implemented programs that have advocated, informed, educated, and motivated disadvantage youth.

His passion and dedication eradicated problems that negatively impacts today’s youth. He has been a featured guest speaker for CNN and the Jerard McClendon Show regarding youth violence and used other social outlets to inform the impact of his social programs.

Sam has held leadership positions with various nonprofits organizations, over the last 25 years.  During his tenure, he has a proven track record of his success by dramatically enhancing agency programs and funding streams. As the Executive Director of Boys and Girls Club of Michigan City, Indiana, membership enrollment increased 400% within the first year, and generated 1.5 million dollars in additional funds. 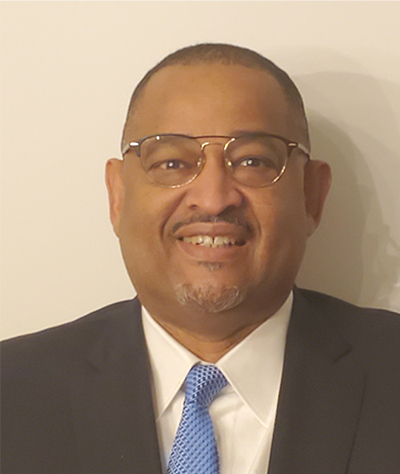 Sam has served as Executive Director for the following organization Dolton Park District, KaleidoServe, and Clara’s House where he was instrumental in restructuring the organization for government compliance and sustainability, and also served as the Co-founder an Executive Director of the M.A.D.E. (Making a Difference Everywhere) a Foundation which utilizes sport programs to empower at-risk youth within but not limited to the Chicago Public Schools.

Sam has served as a board member for many organizations that aide in the goal of empowering at-risk communities including Lawrence Hall Youth Services, Ada S. McKinley Educational Services, The Moses Cheeks Foundation, Slam Dunk for Diabetes and Dreams for Kids, and SARF, (Serving-at-Risk Families). He is both driven and passionate regarding resources and opportunities for disadvantage youth.

In addition to various positions within the Social Service industry he has also served as a consultant for Illinois Mentoring Partnership and Bridgescape Academy.

As an All-American high school and college basketball player, he majored and earned a Sociology degree from Iowa State University and played professional basketball for the NBA Dallas Mavericks and overseas. 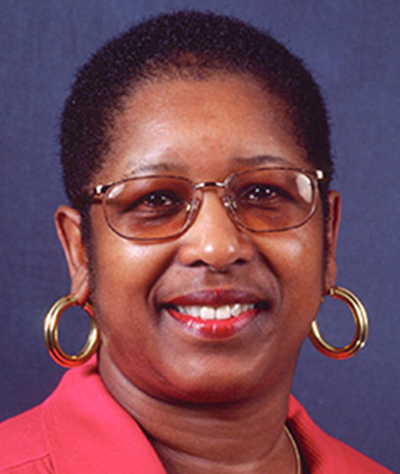 Dr. Rochelle Hawkins, MD is a Family Medicine Specialist in Harvey, IL and has over 43 years of experience in the medical field. She graduated from Temple University School of Medicine medical school in 1978. She is affiliated with Advocate Trinity Hospital and Ingalls Memorial Hospital.

She has been the Medical Director for Kirby Rehabilitation for the past 4 years and other Substance Abuse facilities.

Mrs. Jordan started her career in social services at the Illinois Department of Children and Family Services (DCFS) as a Child Care Specialist. After being laid off from DCFS in 1991; she joined Jane Addams Hull House Association (JAHHA) in February 1991 where she wore many hats including Consultant, Family Development Worker, Trainer, Facilitator, Coordinator, Program Director and Senior Director of Family Works. In 2006, she was appointed (JAHHA) Senior Director of Economic Development and Support Programs to support the North Region of Chicago. Under her leadership role, Mrs. Jordan managed a team of 10 managers, 60+ staff and a $6+ million-dollar budget. Her department was responsible for providing services to well over 6,000 individuals and families through workforce development, lease compliance, employment, training, placement, literacy, career development, youth development, small business development, crisis intervention, violence prevention, family and clinical services. 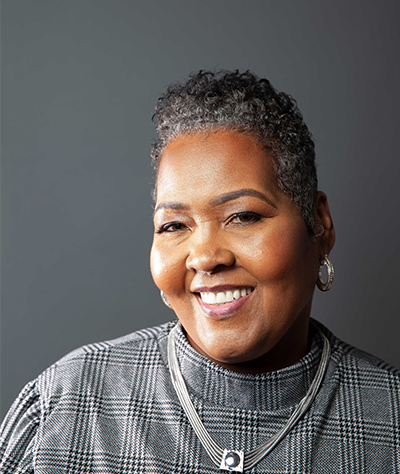 As a passionate leader, Mrs. Jordan has always enjoyed working with the public and helping those individuals who are at a disadvantage. In 2012, Mrs. Jordan joined the leadership team as the Director of Programs at TCA Health where she managed WIC, Outreach and Enrollment for Health Care Coverage, SNAP, the Health & Wellness Collaborative, and HRSA’s Section 330 Public Housing grant. Her responsibilities include evaluating and addressing the barriers to healthcare services for public housing residents in the Altgeld-Murray community, and working with community organizations. In addition, she routinely collaborates with organizations throughout Chicago and the suburban community to bring robust and creative services to residents.

Mrs. Jordan is known in the not-for-profit world for being aggressive, innovative, creative, and having the ability to produce well under pressure when faced with complex challenges. She is mission driven, highly skilled, dependable, loyal, proficient, and has the competence to respond to tasks in a timely manner. She has held several appointments including being selected to participate on the advisory committee for the Chicago Housing Authority Jobs Plus Advisory Committee and being selected to the City of Chicago Health Chicago 2.0 Planning Committee for Access to Care. She has an associate degree in Human Services from Kendall College, Dual Bachelor’s/master’s in counseling from Logo’s College and Graduate School and a Master’s Degree in Human Services Administration from Spertus College and a Leadership Certification in Management from Loyola University.

A proud native of Chicago Illinois, Nina was born and raised on the south side in the Chatham community. Nina’s passion has always been helping people and writing. She began her career after attending Kendall College where she studied human services and psychology. Nina knew then that she would have a career working in the social service arena. That passion led her to Misericordia Homes working with children with severe developmental disabilities. From there she worked at the Chicago Department of Children and Family Services as a childcare worker, ending as a case manager with the Family Reunification Program.

Nina has over 25years’ experience as a dedicated social service professional working with seniors and families in some of Chicago’s most economically disadvantaged communities. In addition to being a leader in her field, Nina is also a certified domestic violence advocate and a certified parenting instructor where she conducted parenting classes at Northwestern Memorial Hospital’s Prentice clinic for chemically dependent pregnant and parenting women. Most recently, she became a certified Contract Tracer in response to the COVID-19 pandemic and is currently contracted to work with the Chicago Department of Public Health. Nina is known for her selfless and authentic approach to client engagement as well as her ability to successfully orchestrate conflict resolution. She has consulted with several small and large businesses to successfully develop program improvement plans and secure needed contracts and grants.

Ms. Page has held a host of leadership titles throughout her professional career, Public Speaker, Director of Family Works, Director of Senior Services, Lead Consultant, Educator, Principal Owner, and Chief Executive Officer. Nina Page believes and lives by the Maya Angelou quote “When you learn, teach, when you get, give” That is how she lives her life and what she believes about the work she does.

One of the most important components of addiction treatment is having a skilled, ethical, and supportive team, providing consistent and effective encouragement and treatment. At Kirby Rehabilitation our treatment team consists of experienced, highly-qualified professionals. A customized treatment plan combined with the unique experiences and compassion of our staff helps to provide quality care for those who come through our doors.